Muriel Wheldale was one of the first British women to benefit from access to higher education and the opportunity to proceed to a productive scientific career (1-2). After undergraduate studies in Botany, she was drawn into work in plant genetics by the excitement following the rediscovery of Mendel's work and the advocacy of this field in Cambridge by William Bateson. In the mid 1900s, Wheldale carried out a full Mendelian analysis of the factors determining flower colour in snapdragon (Antirrhinum majus) (3) and then took the prescient decision that understanding the genetics of flower colour would require analysis of the chemistry of the pigments and of the biochemistry involved in their biosynthesis (4). She developed skills in plant biochemistry and she researched the biochemistry and biosynthesis of anthocyanins and other plant pigments, thus becoming a pioneer of plant biochemistry and biochemical genetics (5-7).
Por Robert B. Freedman School of Life Sciences, University of Warwick Freedman@warwick.ac.uk
DOI: http://dx.doi.org/10.18567/sebbmdiv_RMB.2012.07.1 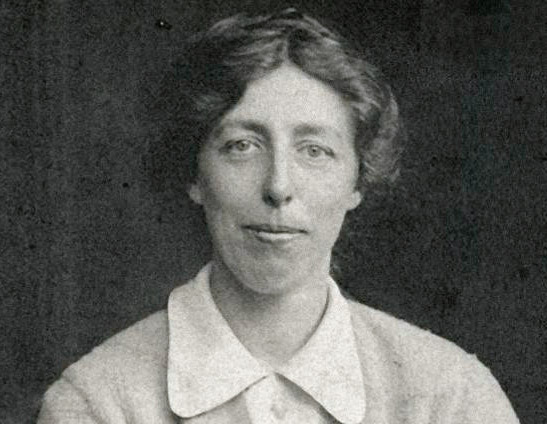 Muriel Wheldale grew up in the liberal, progressive, industrial city of Birmingham, the daughter of a lawyer. From 1890, she attended King Edward VI High School for Girls, established in Birmingham a few years earlier by members of the first generation of women educated to degree level at Newnham College, Cambridge. The School offered girls an outstanding scientific education and produced an extraordinary number of early women biochemists, including Ida Smedley (the first woman Chair of the Biochemical Society), Dorothy Jordan-Lloyd and Winifred Cullis.

Most of these moved on to study science at Newnham College, Cambridge, as Wheldale did in 1900. After achieving First Class Honours in examinations in Natural Sciences and Botany (but no degree, since Cambridge University did not award degrees to women until 1948!!) Wheldale was awarded a Bathurst Research Studentship enabling her to begin a research career. She initially worked in the Cambridge Botanical Garden and the Balfour Laboratory for Women (established in 1884 to provide training in laboratory methods for women students without their ‘encroaching’ on the provision the University made for male undergraduates).

She was able to maintain her career through a series of temporary fellowships and lectureships, including a ‘Prize Fellowship’ from the British Federation of University Women. She worked with Bateson at the John Innes Horticultural Institution, near London (1911-1914), but she soon moved back to Cambridge where, as a Fellow of Newnham College, found a secure research base in the new Biochemistry Department established by F. Gowland Hopkins, and was ultimately recognised as University Lecturer in Biochemistry (1926).

In 1913, she was one of the first three women elected as members of the newly-established Biochemical Society. In 1919, Wheldale married the Hon. Victor A.H.H. Onslow, godson of Queen Victoria and son of the 4th Earl of Onslow. At age 21 he damaged his spine in a diving accident and was thereafter severely paralysed. From 1915, he established a private home laboratory in Cambridge compatible with his disabilities and he and Wheldale undertook joint work there on the genetics of wing pigments of Lepidoptera, among other topics. Onslow died in 1922.

For the remaining 10 years of her life, Wheldale taught and researched in Cambridge and worked on writing and updating the definitive volumes on plant biochemistry (5-7) that are her main legacy. She did not succeed in bringing about the synthesis of genetics and biochemistry that she had initially envisaged in the preface to her first monograph (5) -‘…we are …able to express some of the phenomena of inheritance in terms of chemical composition and structure’. But she did contribute significantly to the growing belief through the 1920s and 1930s that ‘genes’ were related to enzymes and other factors that conferred specific biosynthetic or other biochemical capabilities.