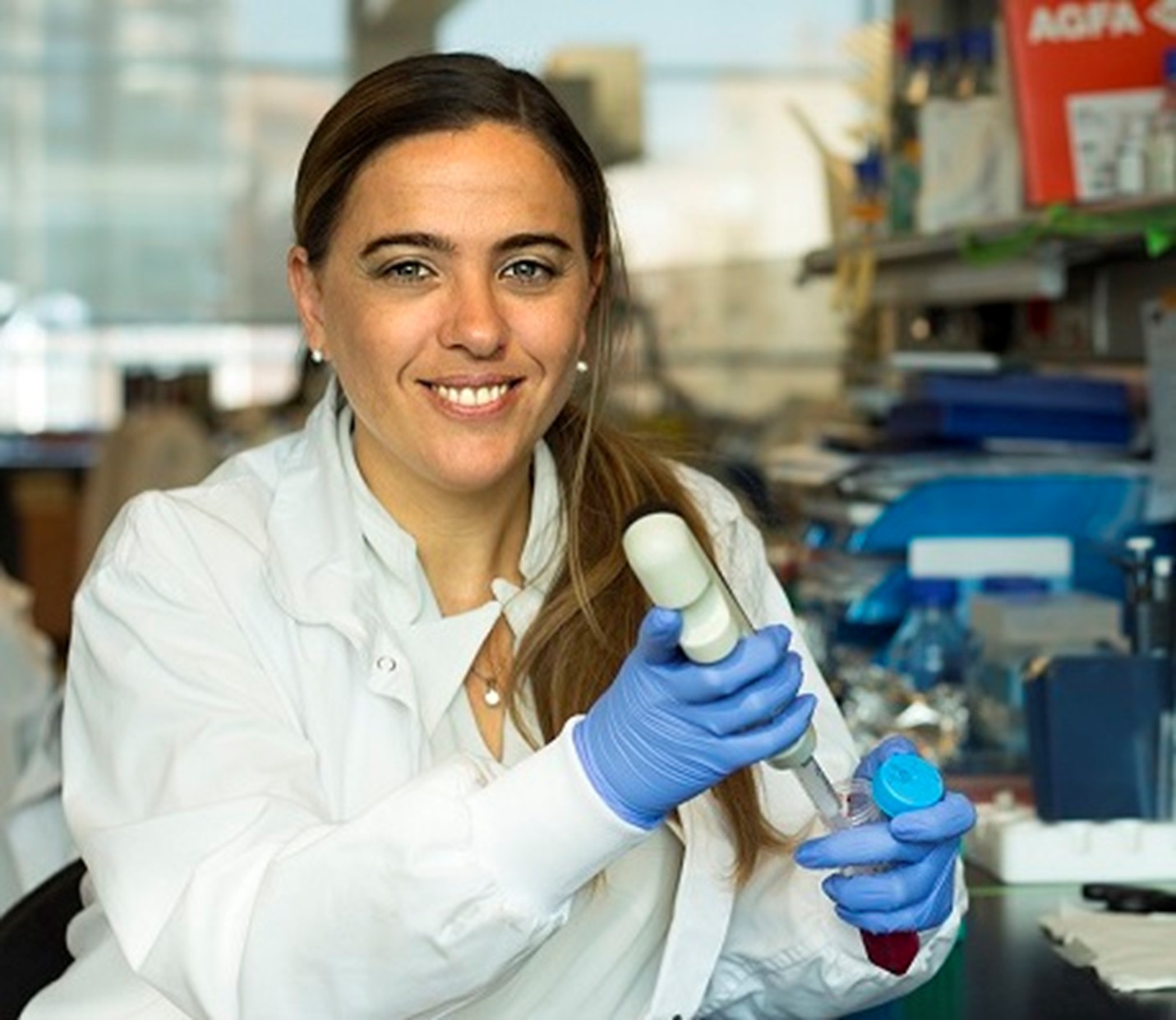 After obtaining her doctorate, she moved to UMASS (Worcester, MA, USA) to study the in vivo function of MAPK together with Dr. Roger Davis. There she made important contributions to the understanding of the role of JNK1 in different tissues and its implication in diabetes. This progress was reflected in several publications as first author. In Science (2008), she described the interaction of adipose JNK1 with the liver. The rest of the results during her stay at UMass were published in Cell Metab (2009), Mol Cell Biol (2010), Genes & Development (2010) and Trends Biochem Sci (2010). Other collaborations appear in Science (2008), Int J Biol Sci (2009), J Immunol (2011), Blood (2011), Cell (2009) or Cell Metabolism (2014).

Afterwards she established as an independent PI at CNIC, funded by an ERC Starting Grant. She works on the role of stress kinases in the development of metabolic diseases and cancer, trying to understand the role of this signaling pathway. Her studies analyzing the function of these kinases in liver metabolism and the development of cancer stand out. Journal of Clinical Investigation, EMBO J, Nature, PNAS, Elife. She has also studied the contribution of these kinases in the metabolism of adipose tissue and its effect as an endocrine organ Nature Communications, Plos Biol, Journal Experimental Medicine. She has recently focused on studying the role of SAPKs in the maintenance of cardiac metabolism and functionality: Nature Communication, Plos Biol. Currently her research focuses on understanding the interaction between different tissues during homeostasis and disease focusing on the key points, the response to stress, the control of the circadian rhythm and the metabolic regulation by the mitochondria.

She has received important awards, including the L’Oréal-UNESCO Spain Prize. 2010, Prince of Girona of Science 2012 and Star of Madrid (2014). She has also been awarded by the Spanish Society for Biochemistry and Molecular Biology (SEBBM) 2016 and was recently distinguished as an EMBO Young Researcher (2017). She was awarded for her research as a young researcher Astra Zeneca 2018 and obtained the Jesús Serra Award 2018. In 2020 she was awarded the Young Research Award of the European Society for Clinical Research. In 2021 Banco Sabadell award and Antoni Esteve Award. In 2022 she was awarded with the gold medal of Badajoz, her home town.