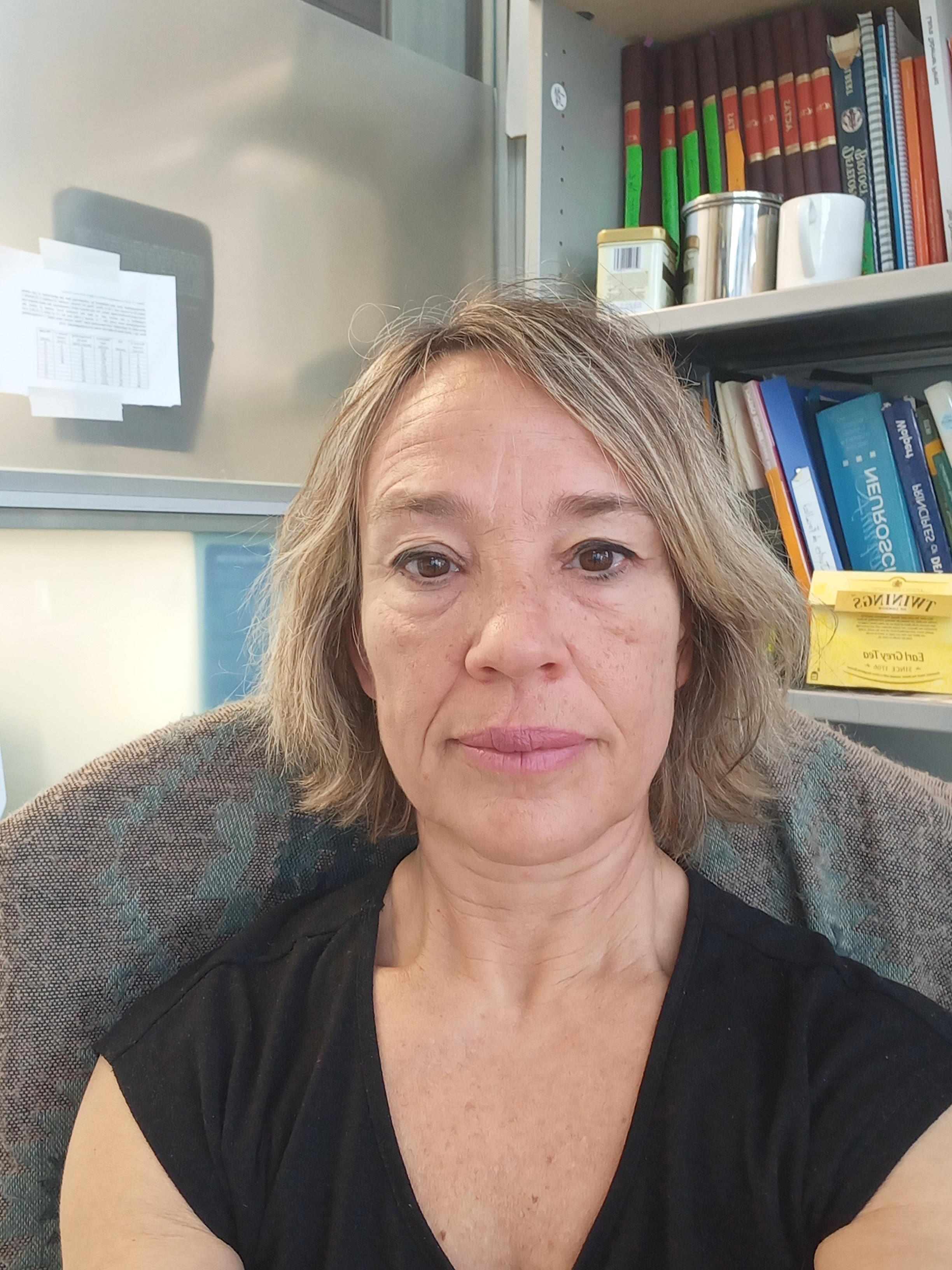 Berta Alsina is a PhD in Biology by the UB in Drosophila (1999). Postdoctoral researcher at UCLA (US) in axonal growth in Xenopus (1999-2001). Then, she joined Universitat Pompeu Fabra as a Ramon y Cajal researcher.  Since 2005, Dr. Alsina has had continued funding  to lead her group in inner ear development. Since 2012, she is a profesora titular de Universidad at UPF. Alsina´s areas of expertise are Developmental Biology (including Drosophila, chick and zebrafish as animal models), Molecular Biology, Genetics, neurobiology, sensory systems and in vivo imaging. Her research focuses on the genes and signals regulating inner ear neurogenesis and hair cell differentiation, morphogenesis and genes implicated in deafness working with different models.

Dr. Alsina has published 34 articles and 3 book chapters (with recent publications in Cell Reports, Nature Communications, eLIfe, and Molecular Cell). Dr. Alsina’s has served the developmental biology community by organizing a national (11th SEBD meeting, 2016), two international meetings (EMBO Meeting and 8th European Zebrafish Meeting, 2011, 2013) and a collaborative agreement between DCEXS/UPF and the CDB-RIKEN, Japan. She has given more than 30 talks in national and international meetings and research institutes and has participated in several panels (Sensory Disorders of ERA Net Neuron, among other evaluations).

Dr. Alsina participates actively in the teaching grades of Human Biology, Medicine and Bioinformatics. She has been teaching the Developmental Biology course since 2001 among other subjects to undergraduate and master students. Currently, Dr. Alsina is involved in the management of the Department of Experimental and Health Sciences at UPF as vice-director.